Hot Funky News For You!

This instrumental groove tune is dedicated to the Lac insect that produces the resin used to make gramophone records before vinyl was invented.

Featuring guitarist Mike Outram and saxophonist Tucker Antell it also nods towards the musical meeting of Medeski, Martin & Wood with John Scofield. Get a sneak peek on Bandcamp, before its released on the all the major digital platforms on Friday, 31st of January. 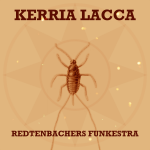 This instrumental groove tune is dedicated to the lac insect that produces a raisin which was used to produce gramophone records until vinyl was invented. This is a pre-release on the artist-friendly Bandcamp so you can hear the master without being ‘squashed’ (as customarily done by all major listening platforms).

Our first Masterlink Session in 2020 started with a ‘bang’: the return of Grammy-award winning Mike Ferris, super-funky vocalist and keyboard player Sam Tanner plus an 8 piece band, new studio set-up and video lens! Can’t wait to present the result to y’all – it’s ‘cold-blooded’ as they say in Tennessee when stuff is ‘wicked’!

Brass artist Christoph Wundrak and Stefan Redtenbacher team up to write a piece for large wind and brass ensemble. The resulting ‘BIG BEE’ is dedicated to the JSTM MV Jung St. Marien to raise awareness for threatened bee populations worldwide, in loving memory to Bernhard ‘Big B’ Auer’ 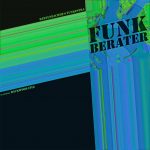 ‘Funkberater’ merges two bands into one massive group featuring two drummers, two guitarists, two keyboard players, percussion, drums and a Big Band horn section. London based mastermind Stefan Redtenbacher is featuring his UK flagship band the Redtenbacher’s Funkestra doubled up with Backwood Five – an Austrian band performing his compositions for which he is also the musical director and bassist. Stefan’s Funkestra has clocked up over one millions Spotify streams and wants to shine some light at this side-project as well as showcasing his contemporary Big Band instrumental with an infectious beat and riff to boot.